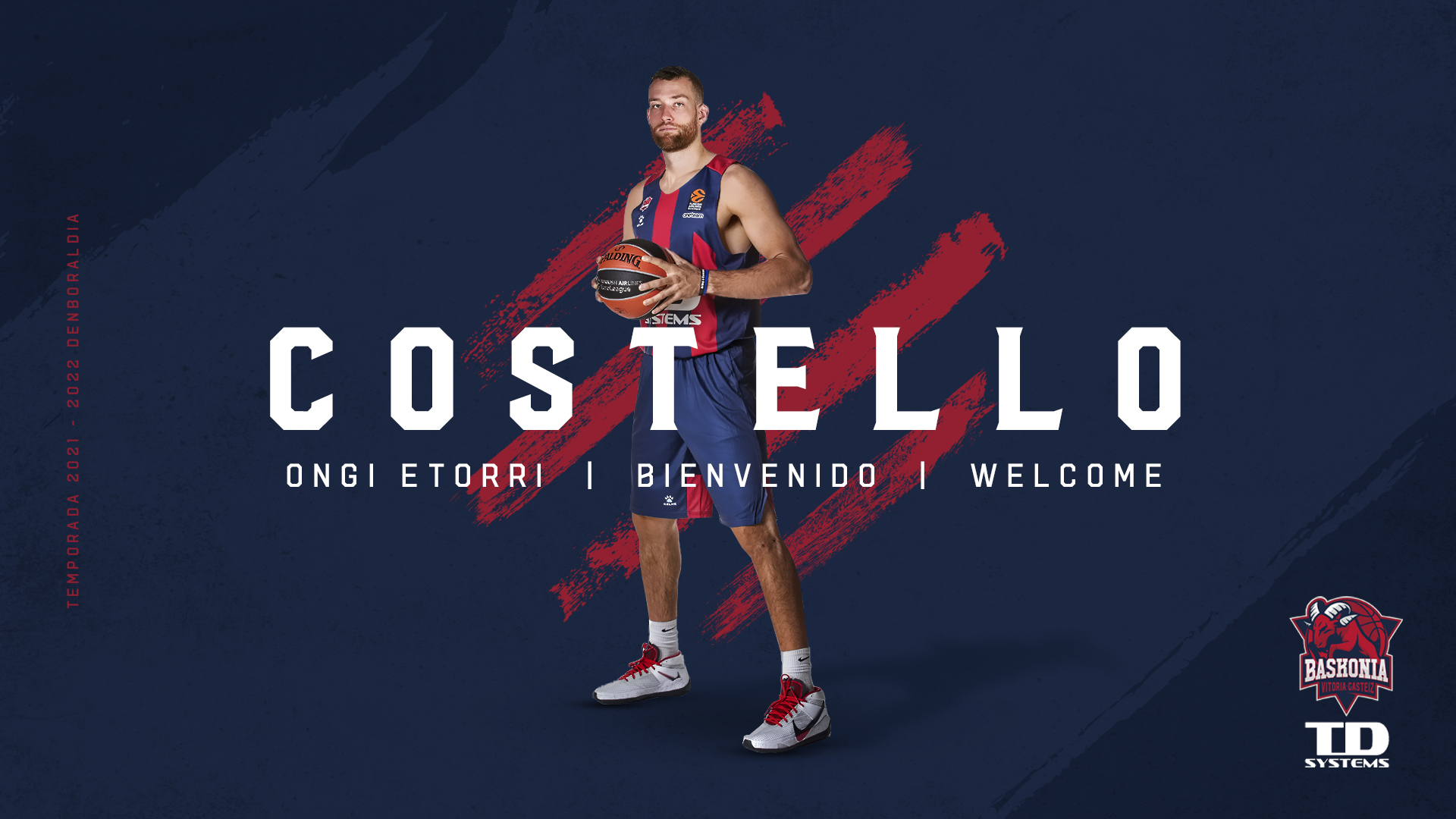 The 28-year-old American inside player arrives from CB Gran Canaria with a contract for the next three seasons.

Saski Baskonia has acquired the services of American interior Matt Costello with an agreement for the next three seasons. Costello, born in Linwood, Michigan, on August 5, 1993, arrives in Vitoria after playing the last two seasons for CB Gran Canaria, with which he played in the Eurocup semifinals last season.

The American learned his trade at the prestigious Michigan State University where he averaged 6 points and 4.7 rebounds. After finishing university, in the summer of 2017, he signed for the NBA franchise of San Antonio Spurs. He played a total of four games for San Antonio, although most of his time was spent in the G-League with the Austin Spurs, a team with which he won the championship in 2018.

Costello landed in Europe in the 2018-19 season, signing for Sidigas Avellino where he averaged 13.8 points and 9.3 rebounds in the Basketball Champions League. Two seasons ago, in the summer of 2019, the player from Michigan signed for CB Gran Canaria, and over the last two seasons averaged 11.9 points, 6.7 rebounds and 14.2 valuation. In the EuroCup, his statistics with the team from the Canary Islands were 10.2 points, 6.5 rebounds and 14.2 valuation. The team only just missed out on reaching the final of the continental tournament.

With this signing, Saski Baskonia adds experience and proven quality to the new project being built for this season.