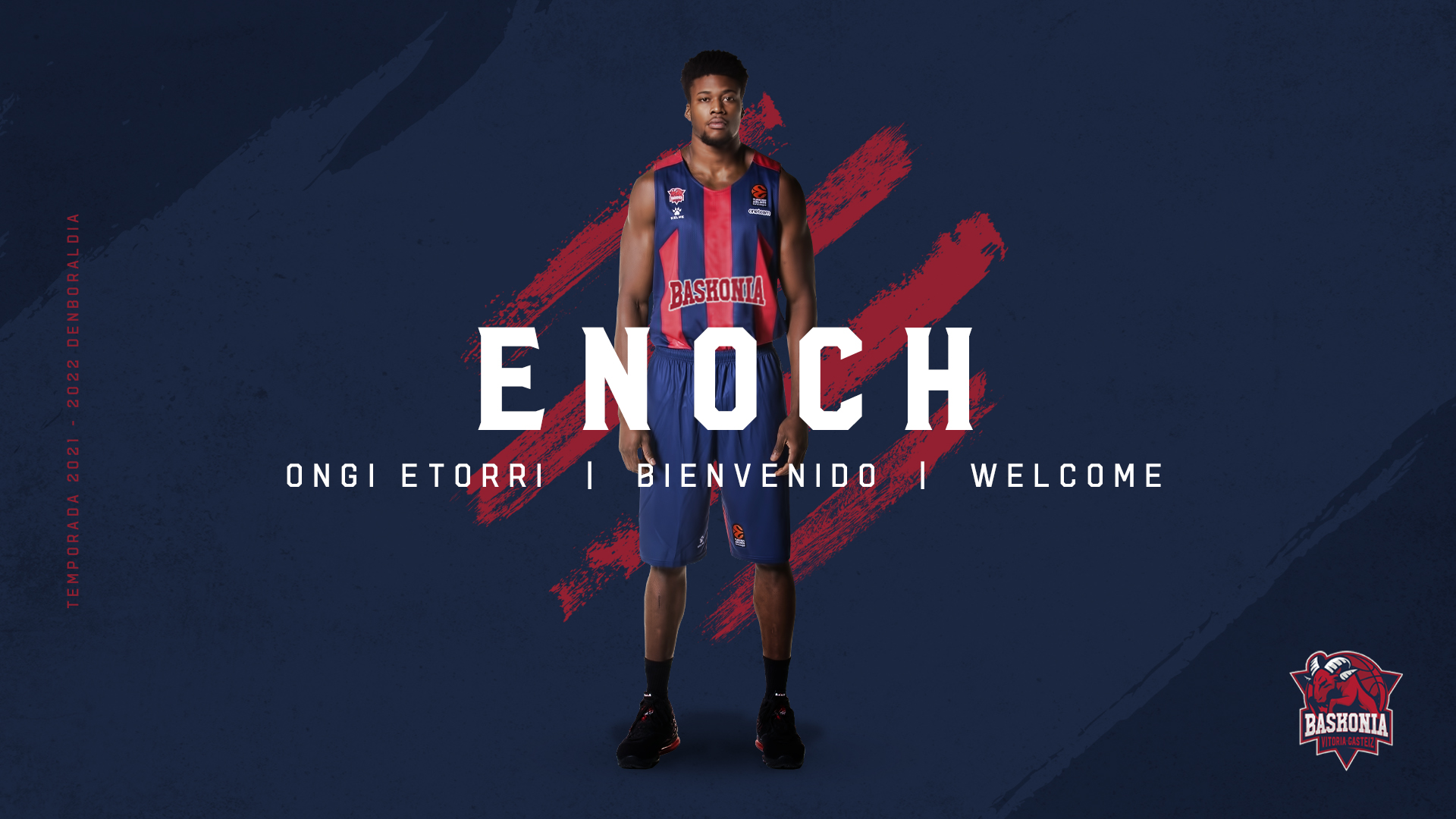 The center, who has an Armenian passport, has a two-season agreement with Baskonia.

Steven Enoch becomes Baskonia’s new reinforcement for the next two seasons. The North American center, from Norwalk, Connecticut, is 23 years old and 2.08 meters tall. With Baskonia, he begins a new stage in his professional career after playing for Monbus Obradoiro last season, a team with which he played 36 games in the Liga Endesa, averaging 9.6 points, 4.3 rebounds and 10.4 valuation in his first professional experience.

Baskonia’s latest reinforcement also has Armenian nationality, a country with which he has played several European youth championships. Before making the move to Europe, Enoch was at the Universities of Connecticut Huskies and Louisville, where he averaged 9.5 points and 5.6 rebounds in an average of 20 minutes in the 2019-20 campaign.

He is a young center who stands out for his physical ability and great promise and closes the Baskonia inside game for the new season. After passing his medical examination, Enoch will start work under the orders of Dusko Ivanovic.