Sedekerskis, 5 years since its debut in Europe 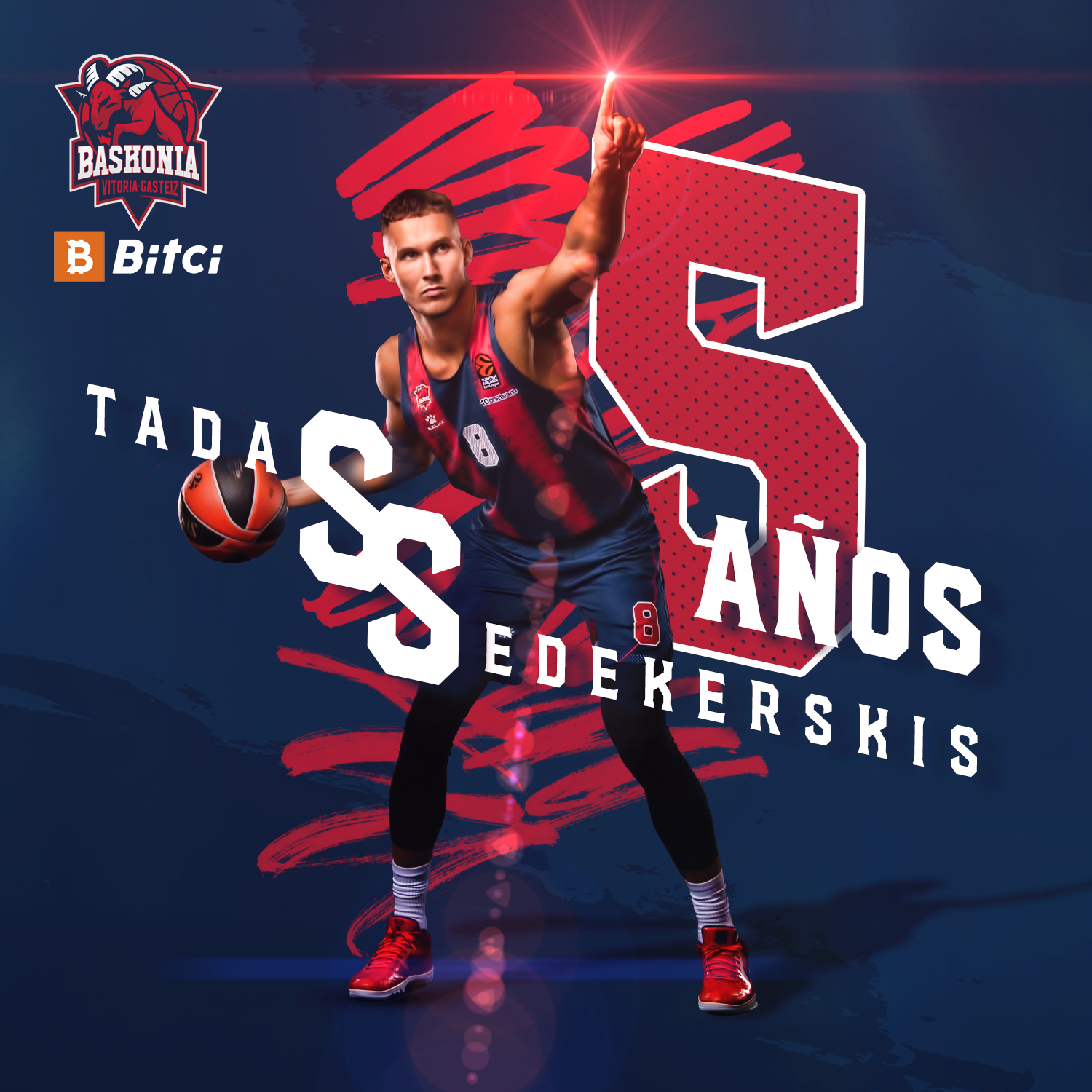 On October 25, 2016, a very young Tadas Sedekerskis, barely 18 years old, made his debut as a Baskonia player in the most demanding competition in Europe. The Lithuanian jumped onto the field on the third clash of the Euroleague in which Baskonia visited Real Madrid. The game ended with a Baskonia victory (87-91) and Tadas scored 5 points and captured 2 rebounds in the 12 minutes he was on the court.

In the last five years, Sedekerskis has matured as a player and is now one of Dusko Ivanovic’s trusted men. Last summer, the Lithuanian renewed his commitment to the Basque club until 2024. To date, Tadas has played 144 games with the Baskonia first team, 92 in the Endesa League and 52 in the EuroLeague.

This Wednesday Tadas Sedekerskis will play the sixth game of his fourth season in the highest competition of European basketball in the duel against Unics Kazan.