Baskonia joins fans in the metaverse 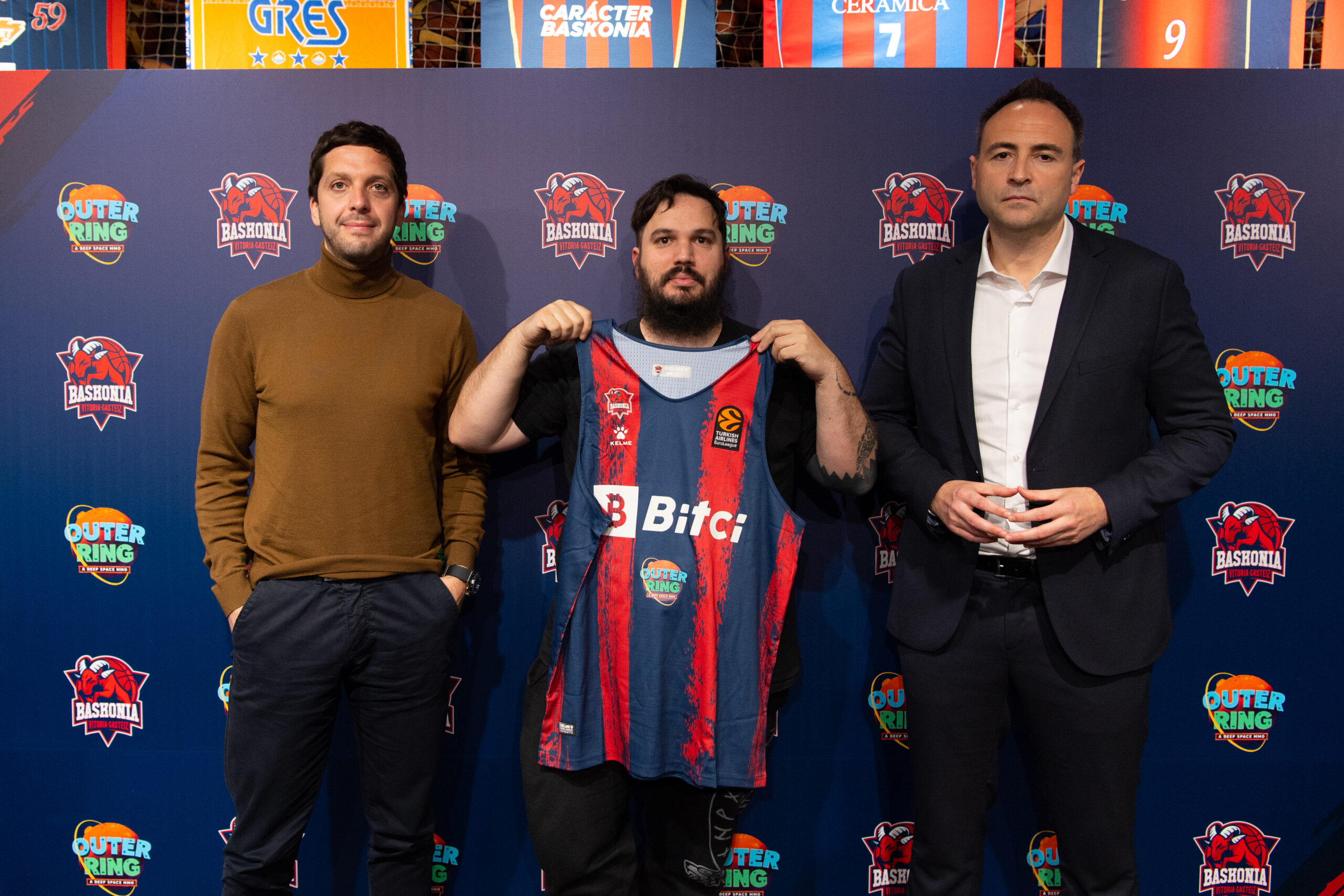 Baskonia, in a firm commitment to innovation and improving the fan experience, has announced its arrival in the metaverse through a partnership agreement with Outer Ring, a leading company in the sector.

With this move, Baskonia becomes the first European basketball club to enter this new virtual world and benefit from its many advantages. More specifically, the club has secured its presence in Outer Ring MMO, a video game developed in Pamplona that creates spaces in the metaverse thanks to blockchain technology..

Booming in recent years, the metaverse is a virtual space that extends beyond the physical world and allows people to interact and communicate with each other.
​ It also encompasses a wide range of activities, including business meetings, buying land and property, attending concerts and much more.

With a multitude of benefits for the sporting world, clubs around the globe have already invested in this system with the creation of the first stadium in the metaverse. In addition, the NBA and franchises such as the Brooklyn Nets are committing themselves to this technologyin order to improve the fan experience of the sport over the coming years.

Through the Outer Ring MMO, Baskonia will create an environment with functionalities that will allow the team’s fans to enjoy all the benefits of this technological revolution.

“With Outer Ring MMO, at Baskonia we are taking a decisive step forward in our desire to continue innovating and providing new experiences that strengthen the ties with our fans, in this case, through a channel that allows for great reciprocity and bidirectionality”, explains Aitor Jiménez, Director of Innovation at Baskonia Alavés Group.

One of the big moves made by Baskonia and Outer Ring MMO is the commitment to blockchain technology,which allows the transfer of an asset from one place to another without the intervention of a third party. This digital model, which will be applied in the club’s metaverse, will allow Outer Ring MMO users to convert their digital assets into NFTs (Non Fungible Tokens), creating their own economy and allowing fans to enjoy intangible goods and unique experiences such as access to the Baskonia stadium.

Merchandising will be one of the first elements to arrive to the Baskonia metaverse. The club will transfer the team’s kits to the virtual environment, allowing the user to purchase a skin with a Baskonia shirt at one of the Outer Ring MMO interactive shops and at the same time receive it at home.

In addition to generating new experiences, Baskonia will create spaces such as fan zones so that users can see matches via streaming from the same place.  The features do not end there, as this tool can be used to create special events such as meetings or gatherings between supporters.

One of the greatest attributes of the metaverse is the removal of geographical and time barriers. By simply using virtual reality or augmented reality devices,  you can feel the Baskonia passion from all corners  of the planet and at any time. This will help the club to globalise its image and connect people from around the world united by the same passion.

Baskonia’s commitment to the virtual environment will continue to grow in the coming months, as the club is preparing its own e-sports team to compete in play to earn videogames..

In an era marked by the emergence and importance of the digital environment and the use of new technologies, Baskonia is positioned as a leading entity in Europe that is firmly committed to the best advances, and always with the aim of making the fans feel that they are part of the club.

Outer Ring MMO is being developed in Pamplona and aims to revolutionise the videogame and cryptocurrency industry. It uses blockchain technology to create a metaverse under the pioneering Play to Earn format. The world is based on the novel written by the CEO himself, Daniél Valdes, where 5 races fight in a futuristic science fiction universe.

In Outer Ring, players will compete to control planets and resources, forming clans within an open world environment. In addition, they will be able to enjoy PVP battles, pilot spaceships and vehicles of all kinds, create their own objects and enjoy a multitude of experiences in a metaverse that already includes the creation of eSports events, shows and competitions.