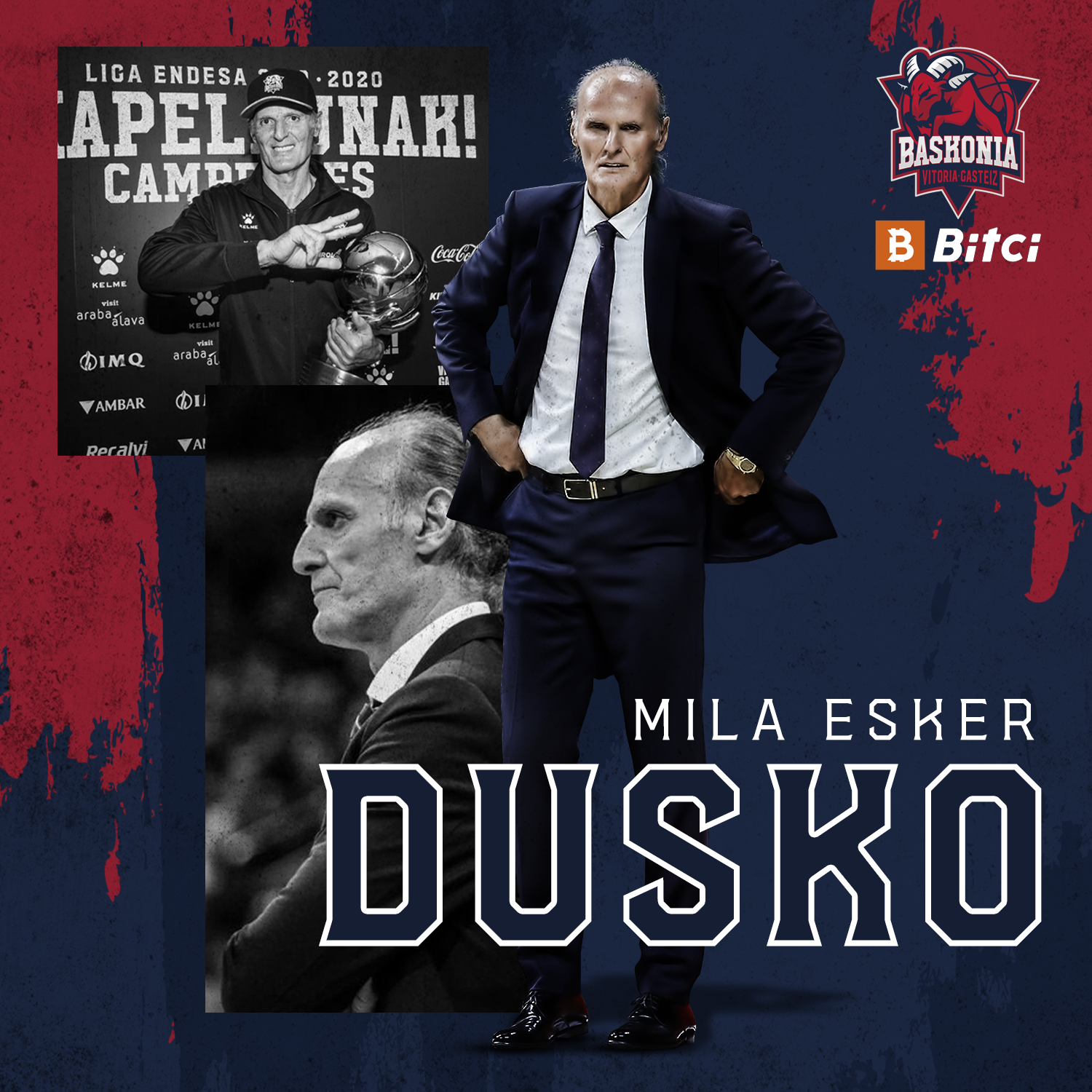 The club thanks the coach for his work throughout the years and his constant effort and involvement to achieve the greatest successes.

Saski Baskonia has decided to terminate his contract with Dusko Ivanovic due to the bad run of results and the team’s image. The team does not offer the performance that the squad is expected or the constant fighting attitude that has always characterized this club. For this reason, it is the obligation of the top managers of the entity to make decisions to urgently change the course and regain the competitiveness that this group must offer and rekindle the illusion of a fanbase that deserves to be identified with its players.

The circumstances of the season have not been easy, with the arrival of new components called to become referent of the team, the injuries of important men, and the little adaptation time available due to the compression of the international appointment calendar, with Olympics and Afrobasket, and the dates of Euroleague and ACB. But even so, the results are not as expected and entail this difficult decision.

Baskonia wholeheartedly thanks Dusko Ivanovic for his work all the years on our bench. With him, much of the club’s successes have been achieved. He was key in achieving the last league, just 18 months ago, and he has also been key throughout our history forging a special relationship of respect and personal affection. The figure of the Montenegrin coach has contributed, like that of other coaches and players, to forging the success of this club.

In making this difficult decision professionally, but also personally because of what the figure of Dusko Ivanovic in Vitoria has meant and will always mean, greater cohesion is sought to obtain the best performance from each and every one of the players. And it is essential that all of us who are involved in the Baskonia cause: the club, the fans, the coaching staff, and the players, be united and give our best to resume the path of maximum effort and recover the Baskonia character.