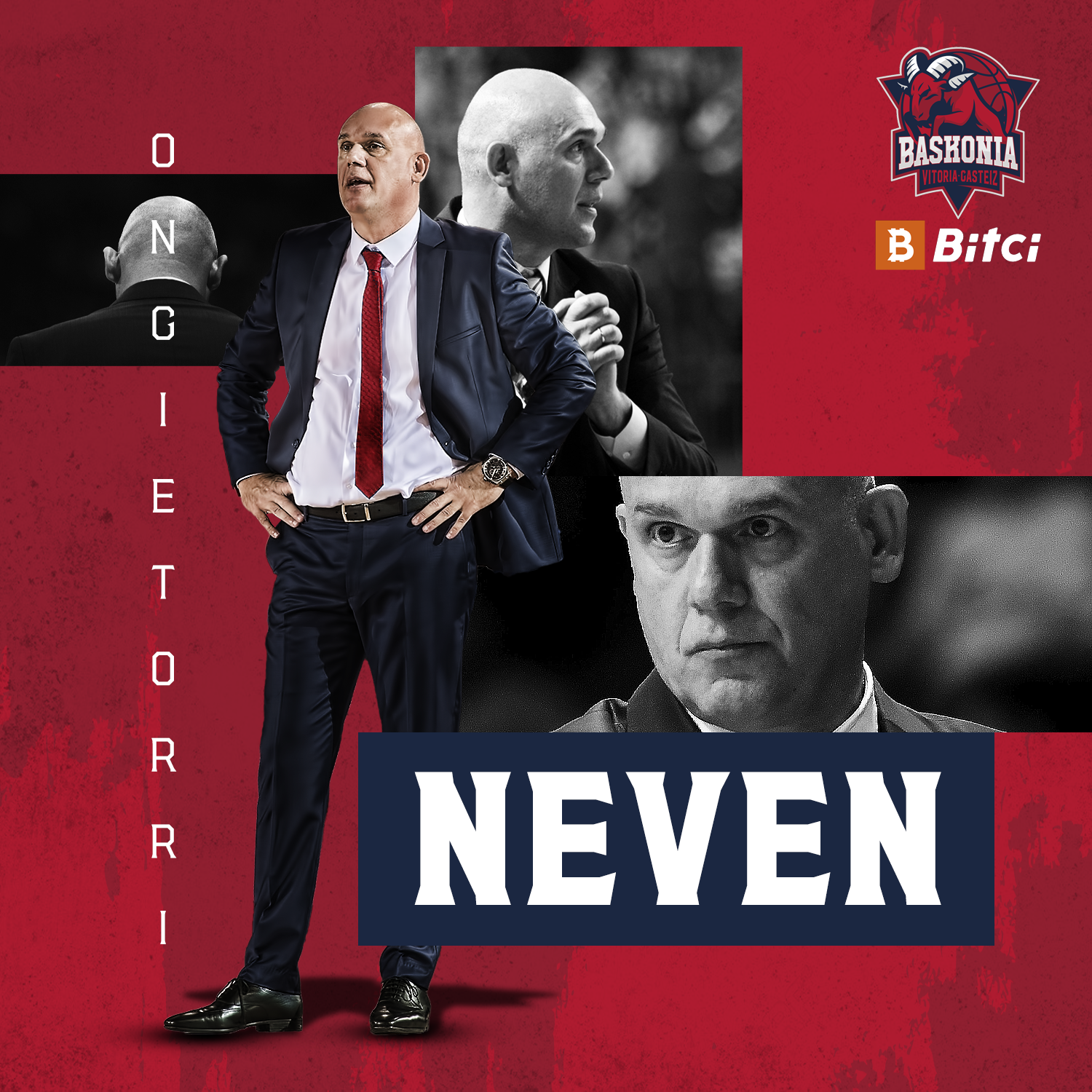 The Croatian coach, league champion in 2008, will be Bitci Baskonia’s new coach until the end of this season.

Neven Spahija (Croatia, 1962), returns to Vitoria-Gasteiz to become Bitci Baskonia’s new coach. The Croatian coach will take over the squad until the end of this season.

Spahija returns to his home of the 2007-2008 season, in which he was in charge of the team for a total of 72 official matches. In that campaign, Baskonia won its second ACB League and conquered the third Super Cup, in addition to reaching the Final Four and the Spanish Cup final.

An old friend of the club, with extensive experience in EuroLeague and Endesa League, who arrives in Vitoria-Gasteiz after having been an assistant coach for the NBA’s Atlanta Hawks and Memphis Grizzlies and having directed Maccabi Tel Aviv and Shanghai Sharks.