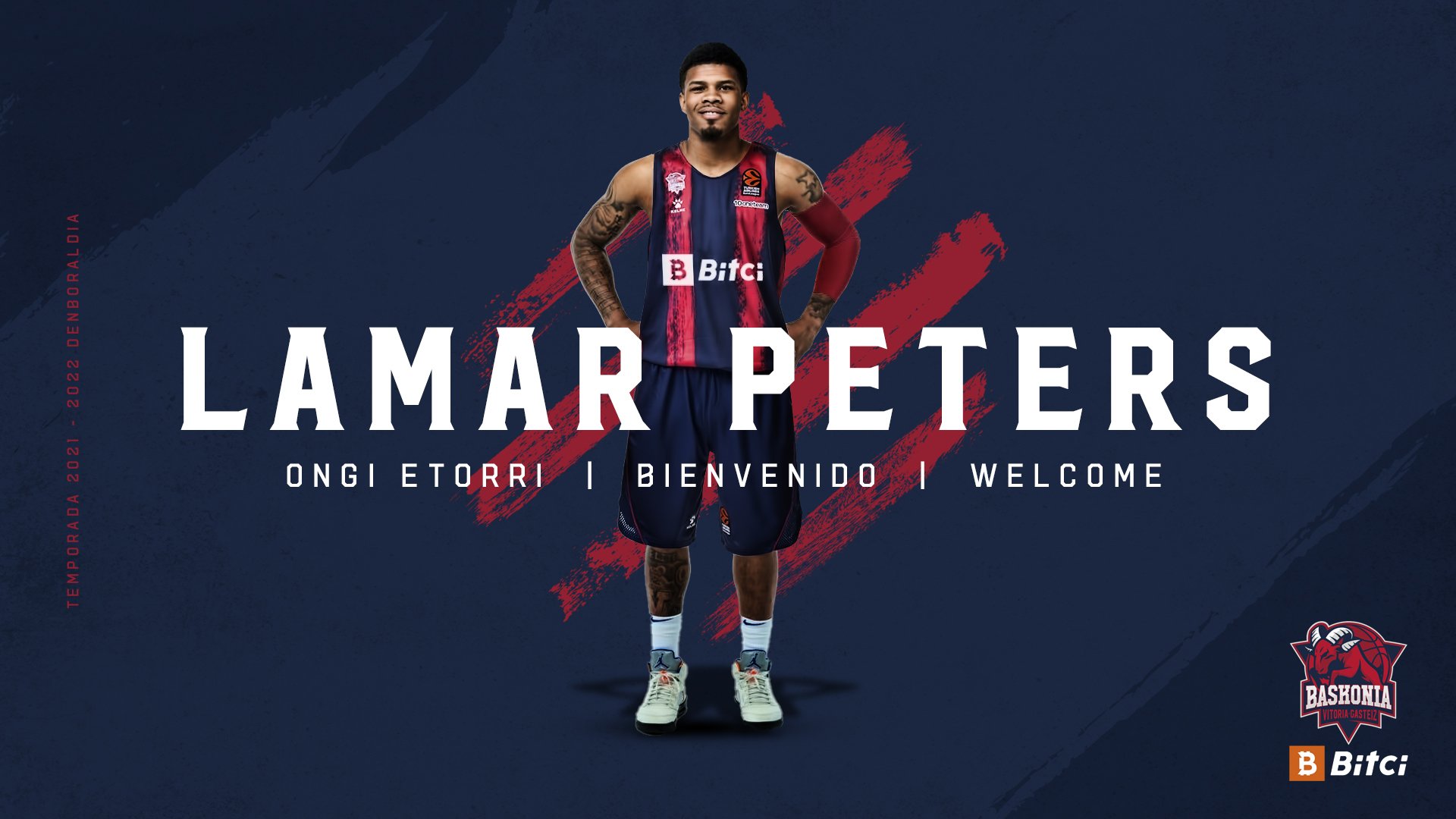 The American guard reaches the Baskonia team until the end of this season.

Bitci Baskonia will reinforce its guard position with the arrival of Lamar Peters until the end of the season. The 23-year-old, 1.83-meter-tall American -New Orleans- trained at Mississippi State University and played in the Development League with the New York Knicks team during the 2019-20 season before making the leap to Europe.

Peters will debut in Euroleague and Endesa League with Bitci Baskonia after his first European experience with Turkish Bursaspor, a team with which he averaged 9.9 points and 6.4 assists in Turkey last season and went up to 18.7 points, 7.3 assists and 1.7 steals per match, with a 60% accuracy in three-pointers, in the three Eurocup matches that he played.

The player will arrive in Vitoria-Gasteiz in the next few days to join training under the command of Dusko Ivanovic.