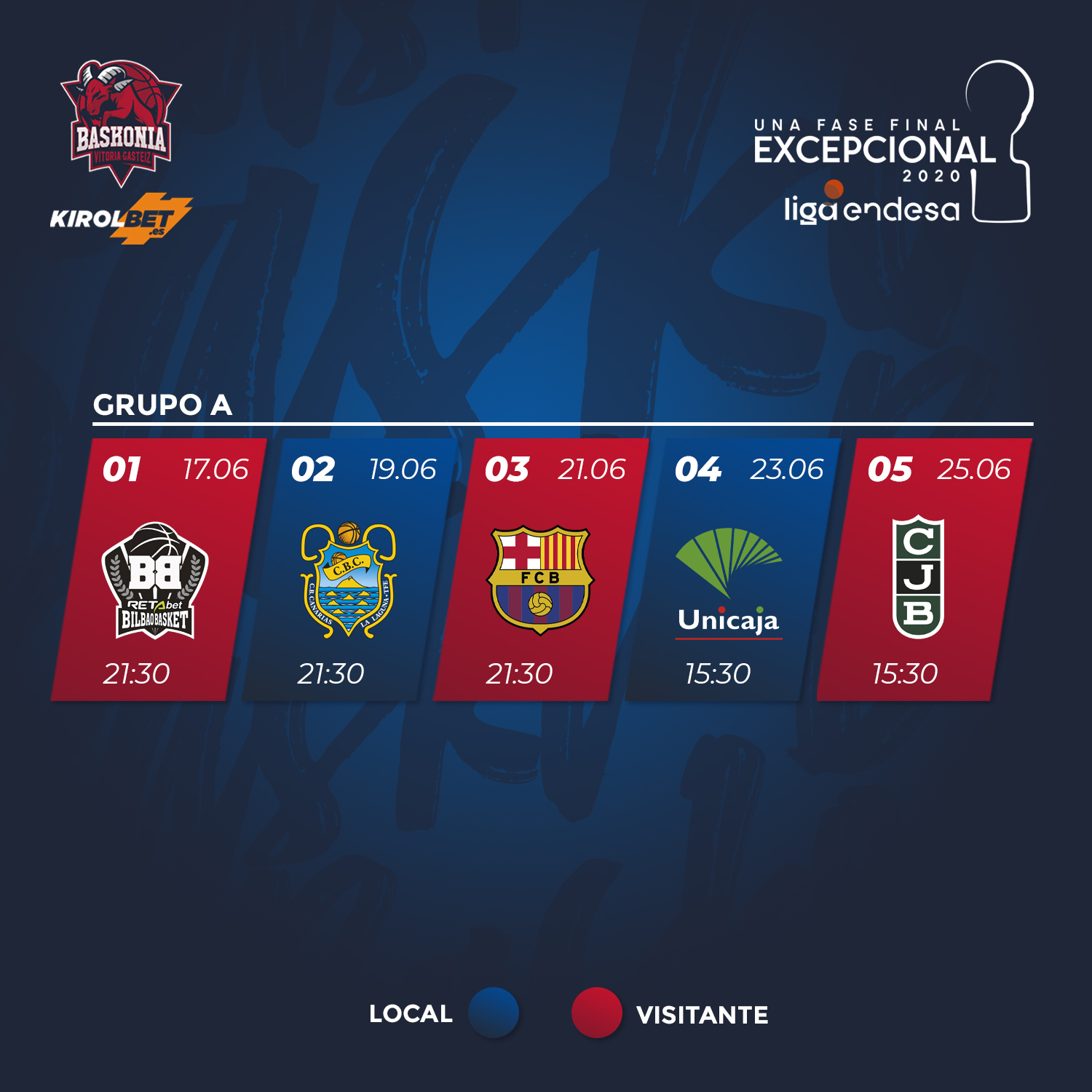 Dusko Ivanovic’s men will debut with a derby against Bilbao Basket on the 17th at La Fonteta.

The team will debut next June 17th against Bilbao Basket. The Basque Country derby will be the first of five matches played by the baskonists in the group stage, which will take place at Fonteta in Valencia as the whole tournament.

KIROLBET Baskonia will have its second match in this exceptional event on the 19th against Iberostar Tenerife. The team will face FC Barcelona in the stage halfway on Sunday 21st. To finish they will face ‘Unicaja de Malaga’ on the 23rd and two days later, on Thursday 25th the team will close the first part of the tournament against Joventut Badalona.

It is, without a doubt, a very attractive format in which the basketball fan will have the opportunity to enjoy three daily games. All matches can be followed by Movistar+ and there are three time slots chosen for the event broadcast: 3.30pm, 6.30pm and 9.30pm. During the next few days the final times for the matches will be announced.

The team already has its roadmap for this Endesa League final phase that promises to be exceptional. Dusko Ivanovich’s men will look forward to maintain the good feelings they had as a group before the shutdown so they can show off their best version to compete at the best possible level.